In purchasing solar lighting, like many other things, you often get what you pay for. This needs to be stated as often a short term view is taken in the selection of solar lights by choosing the cheapest.

Cheap usually turns out to be a lot more expensive as the cheaper option may well fail well before a higher quality alternative, ultimately costing a lot more over the total life cycle.

Also know as battery back up, autonomy is the duration the light will run from a fully charged battery with no input from the sun. It is important to understand the autonomy requirements for the location for the solar lights as this varies from region to region.

For example the top end of NT and Far North Queensland can require 5-6 nights autonomy due to the large number of consecutive dark out days in the summer monsoonal season, however inland locations of southern regions of Australia may only require 4 nights autonomy.

The lighting requirement may determine how much autonomy is required as well, for example a mission critical remote highway intersection or a jetty for recreational fishing.

Also factor in that autonomy needs to allow for the longest winter night lengths that are as long as 16 hours in some areas, where in the tropical north, it is shorter summer evenings that are only approximately 12 hours long.

Ensure the prospective solar lighting product has correct system sizing (solar panel and battery sizing is sufficient). This goes further than the autonomy as stated above, this is to ensure the solar panel is large enough to provide sufficient buffer for battery and solar panel performance fluctuations caused by extreme temperatures, voltage drop, dirt on the solar panel and component degradation over time.
The solar panel angle is dictated by the latitude, and should directly face the equator. 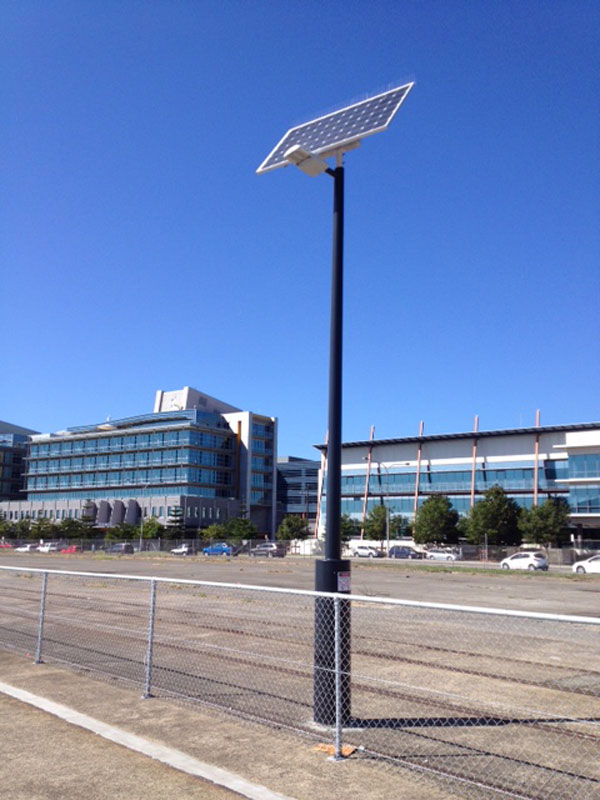 It is imperative to only use proven components from reputable manufacturers, with readily available spare parts and accompanied by solid warranties.
Ensure the electrical components carry the Regulatory Compliance Mark for use in Australia and New Zealand.

Many outdoor solar lighting systems are designed to slowly dim as the battery charge diminishes. This is a great insurance policy for the occasional prolonged poor weather event, however an undersized solar engine (solar panel and battery) can mean some solar lights are dimming frequently to compensate for regular poor weather or to get through poor sunlight winters.
The problem with this is the solar lights may have been installed designed to comply with a particular lighting standard, where as in reality the lights are frequently operating at a partially dimmed state (however this is often not noticeable to the human eye) and therefore not complying to the necessary lighting levels.
This is where it is necessary to ensure the lighting supplier/brand provides suitable system sizing.

Find out how long the product/brand has been in the market. Obtain references from several of their customers and go out and see the lights operating at night.
“The bitterness of poor quality remains long after the sweetness of cheap price forgotten’’